David Healy is the Group Leader and Head of Personal Injury, he is also a Partner within the team.

David is located at:

David Healy impresses sources with his handling of catastrophic injury and fatal accident claims, particularly those arising from RTAs, accidents at work and military conduct. He also offers specialist expertise in advising on injuries caused by animals, particularly horses.

“David gave me confidence throughout and made the process much easier. He was always on the ball and available to speak. He explained everything to me and reduced my worry, a real rock. I would strongly recommend David to anyone with a serious injury like me. A nice man to deal with but tough on the other side when needed.”

"David recovered more than ten times the original offer [from a London law firm]... This has made a huge difference to my life, this has meant that I have not had to worry from a financial perspective. I would wholly recommend David to anyone, he gets a 10/10."

Police officer who sustained a lifelong brain injury whilst working

I had a worksite accident which resulted in a severe head injury, David Healy took my case on against 3 other defendants I could have not chosen such an experienced helpful person for my case it was a very torrid time for 3 and a half years but David Healy got me the best experts the best care team available but more so than anything settled my case out of court with the best possible outcome a few months ago , David and his team were there with me in my darkest hours I would recommend David at Lester Aldridge all day long .

Some two years ago, as executor of my sister's will, I consulted Lester Aldridge about making a compensation claim for significant inheritance tax losses incurred when my sister was killed by a careless and very elderly driver who mounted the pavement and crushed her against a wall. The claim has been expertly and energetically led in the past year by David Healy, resulting in a very satisfactory outcome without the case having to go to court.

Delivered ahead of what we anticipated in a very professional way, excellent strong leadership from the start.
First class.
Thank you. 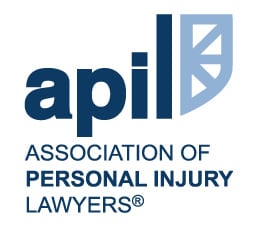 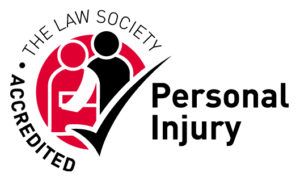 David undertakes work for those who have been seriously injured and has settled cases totalling well over £200 million. He has acted in a number of high profile cases. Typically, these cases involve spinal cord damage, brain injury, amputations and/or serious burns. The cause of these injuries are typically road traffic accidents, accidents in the course of working and from clinical negligence.

David obtained a degree in Physics and Medical Physics from Exeter University. He completed the Diploma in Law and the LPC at Nottingham University and qualified as a solicitor in 1998. Prior to joining Lester Aldridge, David has headed up personal injury and medical negligence teams in various firms, based regionally and in London.

Since qualification, David has been a member of the Association of Personal Injury Lawyers and holds Senior Litigator status. David had been accredited with the Law Society Personal Injury Panel for over 10 years and has been an approved solicitor with both the Headway and Spinal Injuries Association charities.

David’s clients are happy to speak by telephone about how he dealt with their case.

Get in touch with David Healy