Geoff Trobridge is a Partner in the Charities & Social Enterprise team and our Data Protection officer.

Geoff is located at:

Geoff Trobridge has considerable expertise in charity registrations, disputes, governance reviews and mergers. One client notes his "experience and knowledge in charity matters," adding: "He is very accommodating and makes himself available at short notice."

Geoff Trobridge of Lester Aldridge LLP advises a broad range of charities on commercial and structuring issues, including charity mergers and restructuring projects. Clients appreciate his insight and advice, with one saying: "He's thoughtful and considered; he's someone you can talk things through with."

Lester Aldridge LLP is one of ‘the strongest in the local area’, with the ‘highly respected and effective partner’ Geoff Trobridge leading the practice’s registration, charitable status, governance and regulatory work. Trobridge’s ‘knowledge is immense’ and his experience as an in-house lawyer with the Charity Commission ensures that he can provide ‘excellent practical advice’. Clients include British Heart Foundation, The Stroke Association and The United Reformed Church (Wessex) Trust Limited.

Geoff Trobridge heads the practice at Lester Aldridge LLP and advises on charity registrations, charity mergers and restructuring, trustees’ duties and liabilities, fundraising regulations and charity disputes. The practice also assists with legacy protection, risk management and contentious Court of Protection cases. The firm is additionally experienced in the review of charity governance and the role of charity members.

Whether you are a charity, social enterprise or voluntary organisation, club or association, Geoff can advise you on all aspects of charity and company law. Geoff has a particular specialism in healthcare charities and care homes.

Geoff can support you right from the outset, setting up your organisation to ensure it has the optimised legal structure alongside the right governing document. Geoff can arrange registration with the Charity Commission and your on going regulatory requirements such as the sale or mortgaging of land; trustee duties and liabilities; fundraising; restructuring, mergers and collaborative working or winding up.

Geoff trained and worked as a company and commercial solicitor before joining the Charity Commission as an in-house lawyer in 2001. He became the head of the Legal Framework Function in the Taunton office of the Commission until 2005 when he joined our team.

Geoff Trobridge is a qualified data protection practitioner and can assist businesses with the new data protection regulations and help avoid the sanctions imposed by the increased enforcement powers. 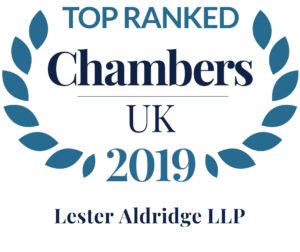 No Deal Brexit – the impact on GDPR

Data protection – How will the new regulations affect you?

Get in touch with Geoff Trobridge