Michael Veal is a Partner in the Dispute Resolution & Commercial Litigation team.

Michael is located at:

Mike Veal is exceptional. He is intellectually nimble, he is a specialist who knows his subject inside out but he is also down to earth and practical. He has an approachable, can-do attitude and is an excellent team player. He always has a thorough grasp of every case. His instructions and ongoing input and support in a case are second to none.

Michael Veal has an encyclopaedic knowledge of health and safety law. His client care is second to none and he runs an incredibly efficient department.

Michael Veal leads his team effectively and is fantastic to work with. He is patient, works incredibly hard, and is imaginative about his cases bringing a fresh view to them.

Michael Veal is held in high regard in the health and safety market. He regularly takes on sensitive cases on behalf of both prosecutors and defendants. He also has experience handling HSE investigations and inquests. He has additional experience of providing counsel on fire safety matters.
"He is exceptionally gifted and meticulous with this work." "He's a class act when it comes to health and safety. He is very realistic and practical, yet also encouraging."

Michael Veal is very bright, very pragmatic, and a delight to deal with. 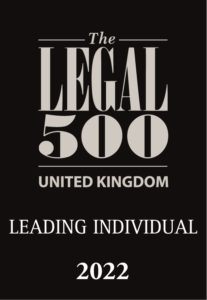 Michael joined LA in 2001, having previously worked in house with a technology company. He qualified as a solicitor with LA in 2003 and became a partner in 2007. In 2019, Michael was appointed to the part-time judicial post of Recorder.

Michael provides a balanced, rounded and pragmatic service to his clients. Although his skills seem almost instinctive, in fact, his clients benefit from a wealth of experience in advising clients as well as representing them in court, including in some very high profile or sensitive cases or those which have shaped the law. His clients range from individuals to large businesses and public sector organisations, and across a wide variety of market sectors.

Michael’s practice is such that he is equally adept in dealing with commercial litigation, as he is criminal work for both prosecution and defence. He provides a service to clients covering business disputes, inquests, prosecutions, appeals, related public law matters and non-contentious advice.

Get in touch with Michael Veal