Oliver Phipps is a Partner & Head of the International Private Client team.

Oliver is located at:

I often work with Oliver Phipps, who is the main partner in the international private client department. Oliver has extensive experience in international matters, in particular probate matters, and adapts himself easily to the particulars of each case. He is also a very nice person to work with. 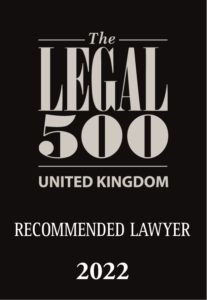 Oliver has been a Partner at Lester Aldridge since 2016 and is head of the firm’s International Private Client team. Oliver has developed a highly-regarded team that advises on a broad range of international private client matters for clients in the UK and overseas.

Throughout his career, Oliver has specialised in administering complex cross-border estates and advising international clients with both Wills and estate planning.

The nature of Oliver’s work has enabled him to travel extensively to meet with clients abroad and understand different legal systems. Travel has also enabled him to build a trusted network of legal professionals throughout the world.

Over the years, Oliver has delivered presentations to the Society of Trust and Estate Practitioners, the Institute of Legacy Management, the Fiduciary Institute of Southern Africa and the MSI Global Alliance.

Oliver is recognised for his achievements in the Legal 500 and is praised for his, ‘extensive experience in international matters.’

As well as being an accomplished solicitor, Oliver also practises as a notary public.

Specialisms that Oliver and his team can assist with:

The British Isles have long been an attractive place for foreign investment. For those passing away domiciled outside of the British Isles, Oliver can assist with applications for grants of probate in jurisdictions throughout the UK, Jersey, Guernsey and the Isle of Man.

An executor, administrator or beneficiary may need to seek recognition of their authority in another legal system. Oliver routinely administers estates with assets located in a vast variety of different jurisdictions.

Examples of Oliver’s work include estates with holiday homes in France, Spain, Portugal and Italy – to name a few.

Oliver is regularly instructed to administer bank accounts or investments located in Switzerland and Luxembourg.

Outside of Europe, Oliver has worked with lawyers to apply for grant of representation in many US States, Australian States and Provinces in Canada. Oliver has also worked on cases where grants were required in Hong Kong, Singapore, Malaysia and Thailand.

The UK inheritance tax (IHT) rules are very different for those individuals passing away domiciled outside of the UK. Oliver has acted in many high-value non-domiciled estates, which have required IHT reporting in the UK.

Some estates may have an “actual” domicile outside of the UK, but be “deemed” domiciled in the UK for IHT purposes. Oliver has dealt with many cases where there are separate domiciles for succession and IHT purposes, which can lead to complex reporting of foreign assets to HMRC.

In some cases, there can be limited cash available to pay UK IHT.  Oliver has acted in a number of estates where applications for “grants on credit” are required. A successful application for a “grant on credit” can enable an executor or administrator to gain authority to administer assets prior to paying the IHT.

When handling a cross-border estate, determining the “domicile” of the deceased is of fundamental importance.  The concept of “domicile” requires the understanding of principles found in both statute and case law.  The domicile of the deceased can determine which system governs issues such as the succession to certain assets or which assets are subject to UK inheritance tax.

Oliver is often instructed by other law firms and lay individuals to provide opinions on domicile.  He has also been involved with cases where HMRC have attempted to challenge the domicile status that has been submitted.

In general, cross-border estates always feature some form of unique characteristic. Over the years, Oliver and his team have encountered a wide variety of cases. The following list schedules some of the unique cases that Oliver has worked on:

– Missing Wills. Oliver has acted in a number of estates in both England and Jersey where the original Will could not be found by the family. Missing Will cases generally require supporting evidence to explain the circumstances in which the Will became missing and obtaining consents from those that would otherwise benefit under an intestacy. Oliver has been successful in many cases by “proving” a photocopy of the missing Will.

– Partial intestacy. In some cases, one or more Will may be prepared, but not all jurisdictions are covered by the Wills. If an asset is located in a jurisdiction not covered by a Will, this can lead to a partial intestacy. Generally speaking, these cases involve accidental intestacies and the intention of the deceased may need to be closely examined. Oliver has assisted with many cases of this nature and has provided innovative solutions to deal with accidental intestacy.

Oliver’s team prides itself on having the unique expertise to administer bank accounts, shares and investment portfolios throughout the USA and Canada. In 2017, Oliver’s team became members of the medallion signature guarantee programme and launched a medallion service. Lester Aldridge were the first law firm outside of North America to be able to provide medallions to clients, which are a fundamental part of transferring title to stocks and shares throughout North America.

In addition, Oliver’s team can assist with US estate tax reporting in the US. This is known as applying for “clearance” or applying for “federal transfer certificates”. Oliver has assisted with many estates where US estate tax needs to be paid or relief can be applied for through one of many double-taxation conventions that US has with other countries.

The work of a notary complements Oliver’s specialism by understanding the interaction of common law and civil law systems and applying rules of private international law.

Many of Oliver’s notarial acts help clients to administer cross-border estates. This can range from confirming an individual’s identification through to authenticating powers of attorney, confirming the validity of a Will, or providing a statement of law to a foreign notary or court.

Here is a selection of notable cases that Oliver has worked on:

– Forfeiture. Oliver has administered the estate of an individual murdered by their spouse. The estate involved assets located in multiple jurisdictions and where the child of the deceased was a minor. The deceased passed away intestate with the minor child and guardian both based abroad. Oliver applied the forfeiture rules in England and created a trust to preserve the entitlement for the minor child.

US Estate Tax – Delays with the IRS

Executing Wills – From a Distance

Get in touch with Oliver Phipps